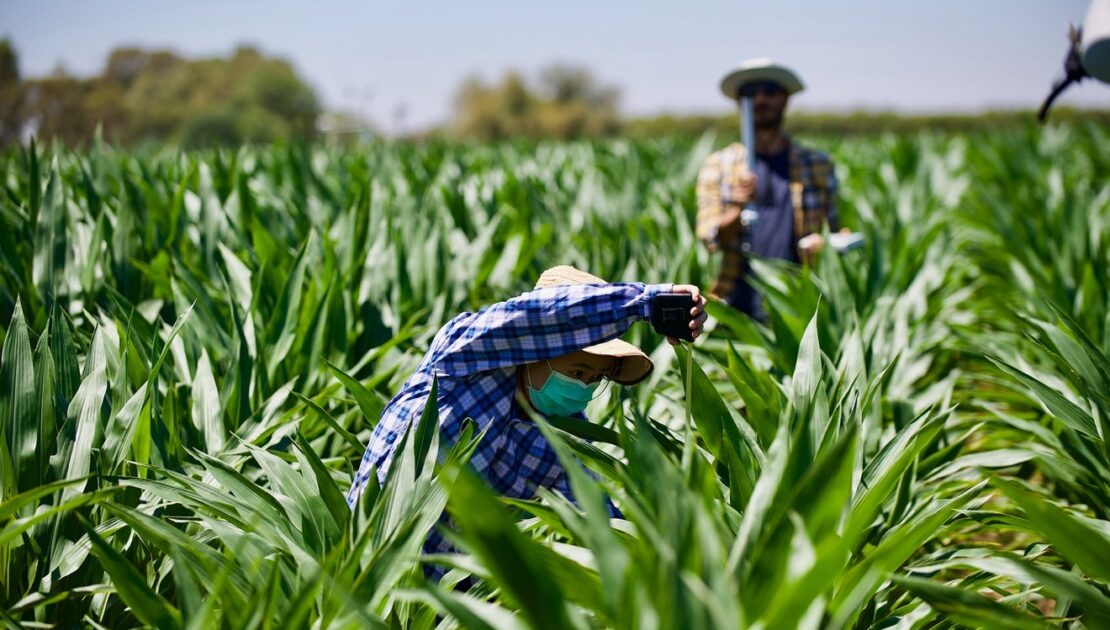 COALA offers a range of information to support irrigation and fertilisation management decisions using Sentinel-2 satellite data. Australian farmers’ input costs include a significant amount of water and fertilisers. Their optimal use has critical implications to various ecosystems that are sensitively influenced by the quality and quantity of water. The COALA science team aims to extend their successful technology demonstration in Europe to the Australian agricultural sector. We hope to assist in achieving both sustainable food production and healthy environment, and have been ground-truthing our data through COALA airborne campaigns.

The 2020-2021 growing season is the first time the COALA team demonstrate their spaceborne crop information and check if the system is applicable to the other side of the globe. The University of Melbourne team leads the effort to evaluate COALA products in consultation with Australian farmers and stakeholders.

Although Australia had a cool La Niña summer, January and February were still a peak growth period for Victorian irrigated summer crops. The University of Melbourne team conducted two airborne field campaigns on the 27th of January and the 9th of February. They looked over cropping fields scattered in Kyabram, Waaia, and Lancaster, just north of Shepparton. The aircraft of the HyperSens Lab was taking high-resolution thermal infrared and hyperspectral images over the cropping fields. At the same time, the ground crew measured soil water content, crop height, leaf area index, and proximal hyperspectral reflectance of crops at five experimental farms, on the ground and on the tall ladder. COALA will use both datasets to fine-tune the crop analytics to Australian summer crops such as maize, pasture, lucerne, and cottons.

The calibration/validation team of COALA deployed a fluxtower station in a maize field of Kyabram. This ‘Super Site’ is equipped with a set of 3-D anemometer and open-path gas analyser that measure evapotranspiration (ET) and CO2 fluxes 20 times a second. The tower is also equipped with spectral sensors that measure the commonly used multispectral indices – the Normalised Difference Vegetation Index (NDVI), Photochemical Reflectance Index (PRI), and Normalised Difference Water Index (NDWI) – soil moisture sensors, and a surveillance camera that captures the growth of maize crops over the growing season.

Continuously measured ET, CO2 fluxes, and spectral indices from the Super Site will play a crucial role in calibrating COALA outputs. They will also evaluate one of the key strengths of COALA system – continuous monitoring of crop water use and crop water demand by filling satellite image acquisition gaps. Australian farmers often have to make water ordering and irrigation decisions with a short lead time due to the famously variable weather conditions. Consequently, near-real-time and gapless crop water information is of critical importance to the success of COALA. COALA system is currently going through a thorough calibration and validation phase to meet the need of Australian users.