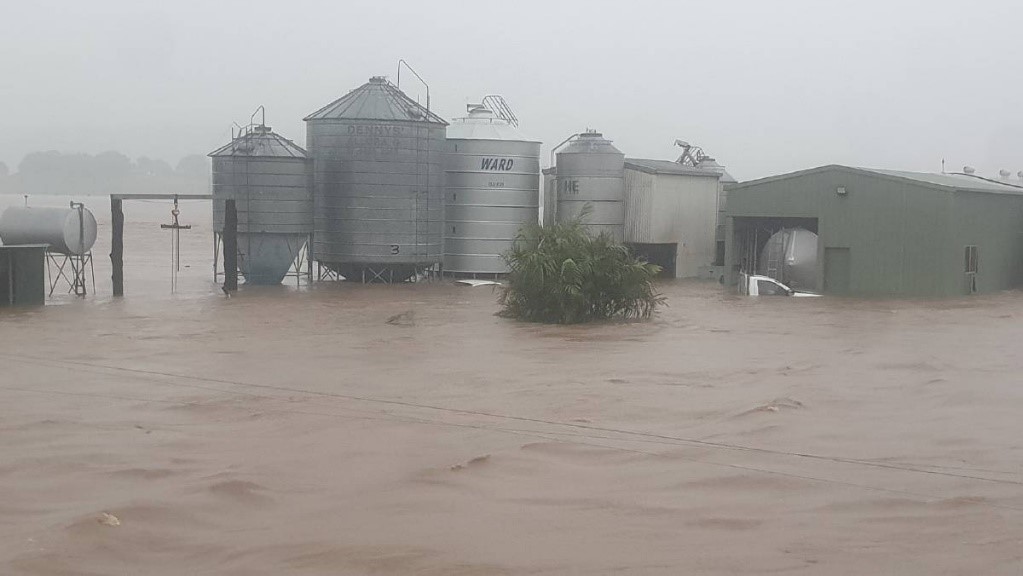 Australian farms are worth more money than ever before. The value of Australian agriculture in 2021-22 is expected to be $81 billion, says the Australian Bureau of Agricultural and Resource Economics and Sciences (ABARES). But this good news may not be applicable for all farmers.

Farmers in the northern part of New South Wales have hardly finished counting their economic losses from the 2021 floods. Now, they have been hit again by this ‘unprecedented’ rainfall. Valuable crops planted in the fertile lands next to, or on river floodplains and terraces have been flooded. Scientists analysed historical data to understand the economic impacts of floods and bushfires.  Floods have affected the agricultural sector the most (down 5.6% in the first year, 6.2% in the second).

But losses are more than economic, they are also social and ecological. Floods affect the well-being of farmers and ecosystems. Flooding can remove significant amounts of topsoil over a large area of farming land. They wash away nutrients and fertilizers that farmers apply. “The removal of topsoil is always a loss for agricultural productivity as topsoil is the part of the soil horizon with higher levels of organic matter and nutrients and generally better structure. Also, where the soil has been removed from actively cropped lands, the fertiliser that has been applied by the farmer has also been washed away” says the CSIRO .

The Australian government’s 2021 budget committed A$210 million for a new climate information service, $600 million for a new agency to promote natural disaster recovery and resilience, and $10 billion for a reinsurance fund to reduce insurance premiums in northern Australia. That funding helps replace lost infrastructure and homes, and farmers can claim for crops lost directly in flood (if insured); but how can you insure against the decline in the output the next year? As the CSIRO says “Lost topsoil and nutrients are slow to replace (if ever) and ultimately reduce yield unless higher levels of inputs are applied, particularly in the short term”; no insurance covers for that.

Satellite images cannot prevent unexpected rainfalls from occurring and affecting crop losses, the washing away of nutrient-rich topsoils. But, using historical time series of satellite images can help in planning for the future. These images allow us to map the dynamics of a changing landscape, where a 1/100 years flooding has become a 1/10 years flood area.  Information on the spatial extent of floods can be useful for farmers and policy-makers. Historical images help them to assess the damage and plan post-recovery actions quickly. It can also help in ‘difficult to have, but necessary’ conversations around planning for the future, including actions around ‘managed retreat’.

The satellite PlanetScope captured the two images below, with a spatial resolution of 3 meters.  Amongst the cloudy cover, it shows Australian farms in the area of Casino and Lismore in the northern part of New South Wales, with water-free agricultural areas (top image of the 9th February 2022, and last Monday 28th February, on the right, where a brown snake of water has flooded paddocks and towns near the Richmond River).  Note how the water is brown, that is sediments that are transported by the river.  Detached topsoil will make its way through the landscape, and when the water recedes will deposit in a new place.

When designing the COALA products and services we interviewed a range of stakeholders. We wanted to understand their needs for Earth Observation-based products for better nutrient management and water management on Australian farms.  One interviewee said “We have the Copernicus satellites…. We do use that on occasion to monitor mostly, …and the main purpose of that is that it’s a half a day round trip to drive out there and see it, whereas you can just look at it on a map, and see what’s happening at any one point in time”.   More and more satellites are providing images that can fulfil that need of knowing ‘what is happening at any point in time’, and that is priceless in emergency situations.